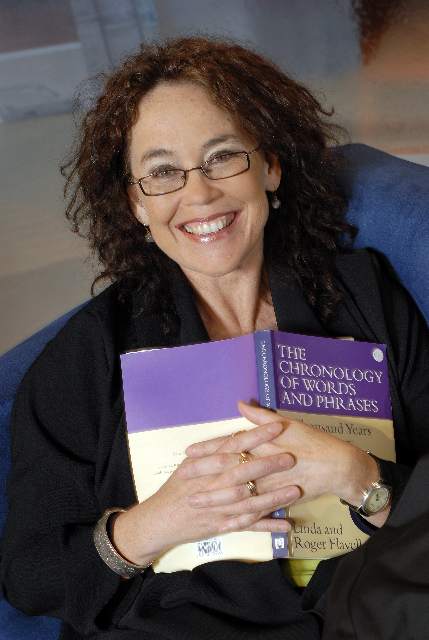 There are hundreds of secret languages out there. All of them, like rhyming slang, distort words in some way. This serves a dual purpose — secrecy and solidarity. The disguise prevents bystanders or eavesdroppers from understanding what’s being said, at the same time as operating a bit like a ‘clique’ or in-group recognition device. Being able to manipulate language in this way means that you’re automatically part of the gang. Sometimes it’s also a matter of identifying activities, events and objects that have becomeroutine for those involved, much like slang and jargon more generally.

People assume rhyming slang began life within criminal slanguage and certainly this was where it was first discovered (indeed, the word slang originally meant ‘criminal cant’ and only later extended to ‘colloquial language’ generally). But this doesn’t mean rhyming slang originated as cant. Most likely, it was the lexical invention of Cockney and Irish navvies and only later made its way into the flash language of the Victorian underworld.

These beginnings explain the strong presence of rhyming slang in early Australian English. The first recorded example is Jimmy Grant for ‘immigrant’ (1859) (and this, by the way, was the inspiration of Pom/Pommy, short for pomegranate (Pummy Grant),originally rhyming slang for ‘immigrant’). Other early examples date from the late 1800s: rubbity dub ‘pub’; aristotle ‘bottle’; jam tart ‘sweetheart’. Most of the Australian expressions around today (though how current?) date from the 1900s, and these include examples like dead horse ‘sauce’ and she’s apples (< apples and spice = ‘nice’). As this last example illustrates, the other trick to rhyming slang is that over time expressions can shorten and, with the rhyming word gone, this adds to the disguise – so rabbit on from rabbit and pork ‘talk’. So effective is the disguise here that a number of obscene rhyming slang expressions survive in our modern standard language and are used by many who remain unaware of the underlying obscenity; the Wiki entry lists a few including cobblers (awls); bottle (and glass); raspberry (tart); ‘I don’t give a friar (tuck); berk(eley hunt).

I’m not sure how alive and well rhyming slang is in Australia. It’ll be interesting to know how many expressions your students recognise (and use) from the website list given on the Lingofile worksheet (http://jendi.bowmeow.com.au/rhymingslang1.html), and whether or not they can provide any new ones. (As an aside, a curious omission from this list is kerry packered ‘knackered, tired’)

Not as well known as rhyming slang is back slang, also dating from the 1800s; it was a secret language once used extensively by barrow boys, hawkers, and traders like greengrocers and butchers (presumably so they could talk without their customers understanding). ‘Give her some old bit of scrap’ would come out Evig reh emos delo tib fo parcs. Modern yob and yobbo are leftovers — yob is boy in reverse, and yobbo either extends yob with the -o suffix or else is back slang for boyo. But there aren’t many of these relics left. According to some dictionaries (like the Collins and Chambers), the verb naff (off)(which may or may not be related to the adjective naff ‘vulgar, without style’) is originally back slang from fan, a short form of fanny (in the British sense of ‘female genitals’). Some have suggested cop (but with consonant lopping and considerably phonological imagination!!) was originally back slang for police. In fact there are lots of suggested origins for cop, most of them spurious like this one. Certainly, don’t believe the explanations on the web that derive cop from an acronym ‘constable on patrol’, or for that matter, naff from the acronym for ‘not available for fucking’ (both these are bogus ‘backroyms’, or backwards acronyms). The most likely explanation for cop (and copper) is that it comes from the slang verb cop ‘to capture, nab’.

These days there are a few simplified versions of back slang still around — so people only speak partially backwards. This might involve moving the final sound to the front of the word. ‘Shut your trap’ becomes Teshu aryou petray. The original Pig Latin is something similar. In this case, you move the first consonant, or cluster of consonants, to the end of the word, but then you add an ending ay. So ‘fruit loops’ becomes uitfray oopslay. ‘Joe Bloggs is a pig’ becomes Oejay Oggsblay isyay ayay igpay. You can find You-Tube videos of people speaking versions of ‘back slang’ — though it’s hard to gauge how accurately.

Secret languages appear all over the world. They’re not peculiarly Anglo-Saxon. They’re not even peculiarly European. There are Chinese pig latins, Yakut pig latins and Indonesian pig latins, for example. And most of the time I suspect it’s not a matter of secrecy or solidarity. People just love fooling about with language — as David Crystal showed in wonderful book on ‘ludic linguistics’, our love affair with verbal play starts as children and stays with us as we grow up.